When the lever latch is depressed and the under lever is lowered, a spur on the under lever pushes the in-line, coil spring driven striker to the rear, as the barrel and forend assembly are pushed up, exposing the breech. Once the striker is fully retracted, the sear engages a notch in the striker, and the trigger is then allowed to set, holding the sear engaged. This  trigger/sear arrangement is the same as many bolt action rifles. The last bit of travel on lowering the under lever allows the front end of the lever to make contact with and actuate the extractor. The leverage on the extractor is tremendous, and a caming action give the extractor enough acceleration to effectively eject the spent case with ease. The lever throw is only 30 degrees, and can easily be closed with one hand making reloading quick and smooth. The safety rotates into position, greatly reducing the chance of it being jarred off, and blocks both the trigger and the sear making the rifle well guarded against accidental discharge. Excessive testing with impacts from all angles failed to make the safety disengage, or allow the action to dry fire.

With the action open, access to the breech is far greater than that of a falling block action, especially with a scope mounted. 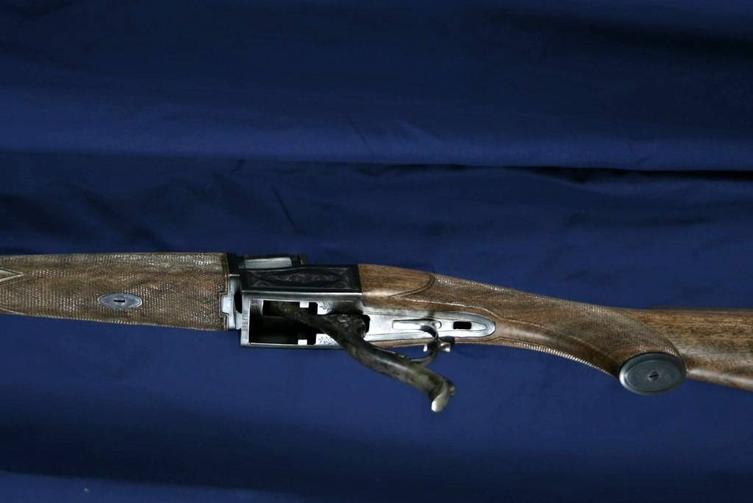 Designed to be a sleek, strong, well balanced rifle. Easy to carry, easy to operate with a crisp trigger ultimate reliability.  All of these goals have been realized with this innovative action. With an economy of parts, only 14 total in the rifle, each made robust and strong to ensure decades of trouble free use. This action combines the strength of a falling block, with the dimensions of a traditional break action. A Finite Engineering Analysis ( FEA) was performed on the Rising Block and showed it is able to withstand 4.5 times the forces generated by the hottest 9.3X74R load could generate. 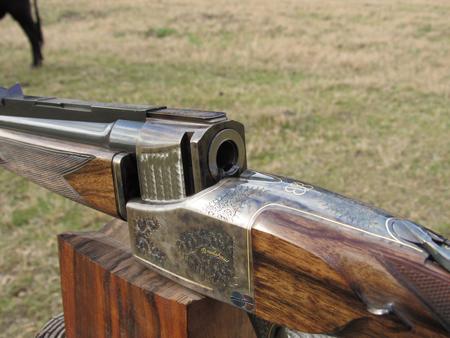 The forend stays mounted to the barrel, and travels up with the barrel on opening. Mounted with a free travel fit to the front of the action keeps any pressure from pushing against the barrel, ruining accuracy. All of my Rising block single shots are guaranteed to shoot 1 MOA or less. 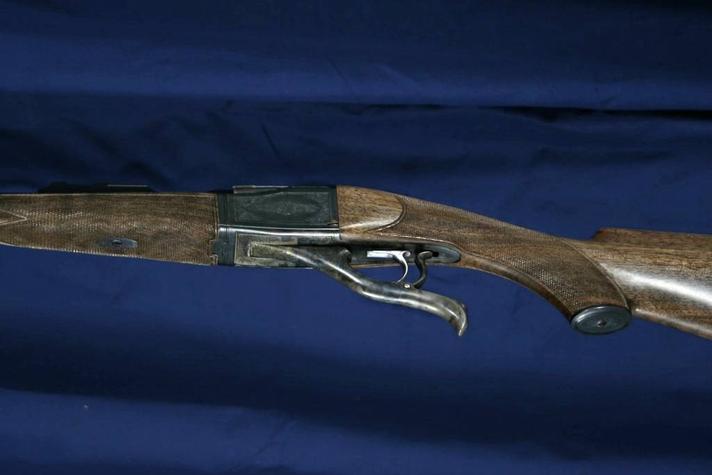 Aside from the technical efficiency, the Rising block rifle is a low profile, nimble and balanced weapon that is a joy to carry. Clean lines with an emphasis on overall aesthetic flow, all the while paying tribute to timeless designs of the past.